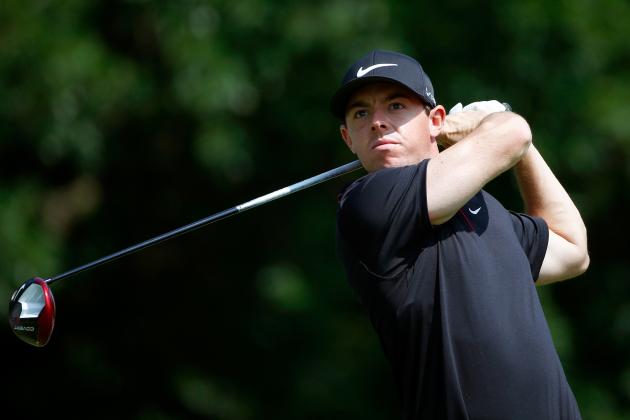 (Bleacher Report) Day 1 of the 2014 WGC-Bridgestone Invitational is officially underway, and Firestone Country Club is already yielding some low numbers thanks to some favorable scoring conditions—the weather in Akron, Ohio, is sunny and in the upper 70s with minimal winds.

Ryan Moore was the first player to take advantage of the course, shooting a five-under 65 to enter the clubhouse as the day’s early leader. However, many players are still on the course with some great chances to go low as well.

Here’s a look at the tournament’s current leaderboard:

Not every golfer has stepped foot on the course, as afternoon tee times are ongoing through 2:30 p.m. ET. One notable player to keep an eye on late in the day is Tiger Woods—an eight-time winner of this tournament looking to right the ship after back surgery.

There’s a bevy of talent in this year’s field, with most of golf’s top-ranked players participating in the tournament.

So, who’s poised to come away with the victory? Let’s predict how the top players at this year’s WGC-Bridgestone Invitational are likely to fare.

Rory McIlroy does it again.

The world’s No. 2 player follows up his Open Championship victory with another one at Firestone.

McIlroy has been on an absolute tear lately, and his showing at Royal Liverpool proved that he’s in complete control of his game. During a press conference, via Bob Harig of ESPN.com, McIlroy spoke of his desire to win from a young age.

There’s more at stake this week for McIlroy than just another win, asPGA Tour noted in this tweet:

He’s been great under pressure lately. Expect him to deliver in a big way.