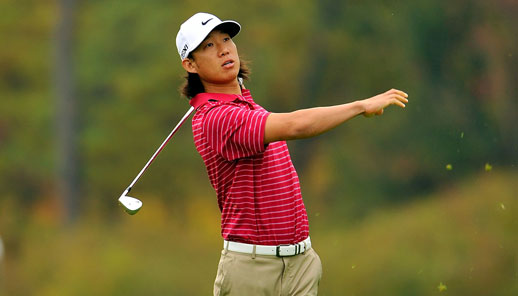 Remember Anthony Kim? The 23-year-old kid who stole the show at the 2008 Ryder Cup by leading the U.S. to an upset win? You’ve probably asked yourself “What ever happened to him?” on more than one occasion. And now, we finally know — well, maybe.

Alan Shipnuck has a fantastic story on the vanishing Kim in this week’s Sports Illustrated. While reading the piece in its entirety is well worth your time, one part of Shipnuck’s reporting really jumps out.

Related: Kim and other “next great American golfers”

Apparently, Kim is sitting on a potential payout that could be bigger than the FedEx Cup bonus. And to collect it, Kim doesn’t have to do anything — which just might explain his prolonged absence from the game.

The answer very well may lie in an insurance policy Kim has against a career-ending injury. An IMG source pegged its value at $10 million, tax-free. Kim’s friend, who has had financial discussions with him, says, “It’s significantly north of that. Not quite 20, but close. That is weighing on him, very much so. He’s trying to weigh the risk of coming back. The way he’s phrased it to me is, ‘If I take one swing on Tour, the policy is voided.'”