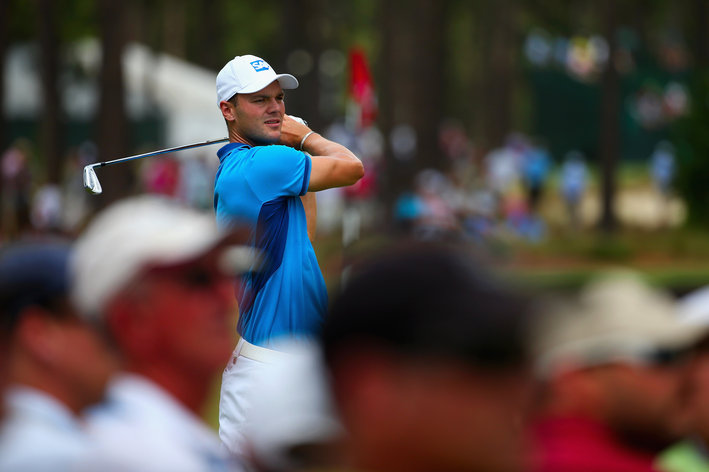 (SB Nation) The top of the U.S. Open leaderboard was a crowded place for much of Thursday, but Martin Kaymer changed that with a late-afternoon run into the lead. Kaymer turned in the round of the day and leads by three strokes after carding a 5-under, 65.

Kaymer, the Players Championship winner, made the turn at 1-under before going on a very strong run on his second nine. He birdied No. 10 to move into a share of the lead. He took sole possession of the lead with a birdie on No. 14 and extended his lead with back-to-back birdies on Nos. 16 and 17. The late run was impressive when you consider he was doing it while playing on some of the hardest holes on the course. No. 16 is playing as the sixth-hardest hole, with Kaymer’s birdie just one of 17 made all day. Kaymer dropped just a single shot all day, a bogey on No. 7. He capped the round by rolling in a lengthy putt to save par on No. 18. The 65 was the lowest round ever carded during a U.S. Open at Pinehurst No. 2.

Keegan Bradley — who played in the same group as Kaymer — didn’t go quite as low, but did finish the day in the red. Bradley shot a 1-under 69 and is tied for sixth place. Bradley is one of several notable names under par, including Harris English, Dustin Johnson, Brandt Snedeker and Henrik Stenson at 1-under. Bubba Watson was never able to find much success in his round, finishing with a 6-over 76. He’ll open Friday with work to do to make the cut which is currently 3-over.