Tiger Woods Withdraws from WGC, Continues to Fight His Demons 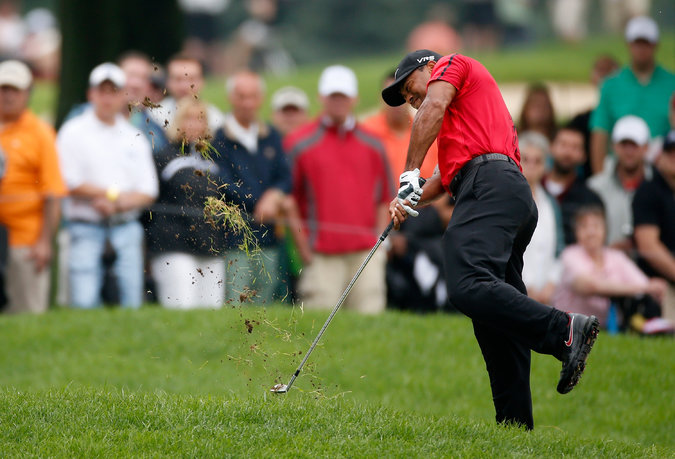 AKRON, Ohio — Tiger Woods’s switchback comeback trail is at an impasse after he was forced to withdraw midway through Sunday’s final round of the Bridgestone Invitational, the World Golf Championships event at Firestone Country Club.

Woods, making his third start since returning from back surgery in March, reinjured his lower back on the second hole after hitting his second shot from an awkward stance in the grass near a bunker.

With his weight almost entirely on his right leg and his left leg positioned above the bunker’s lip for balance, Woods got the ball out with a swing that made him bend his left knee into the air on the follow-through. He lost his balance and fell into the bunker, jarring his back.

“It’s been spasming ever since,” Woods said, adding: “It’s just the whole lower back. I don’t know what happened.”

His day had gone awry from the start. Woods was one minute from teeing off in steady rain when play was suspended because of water pooling on the course.

After warming up, he faced a 75-minute delay before his opening tee shot — not ideal for anyone with a back problem. Woods, the defending champion, birdied the first hole and scrambled for par at the second, a par 5, but shortly thereafter started playing loose shots punctuated by grimaces.