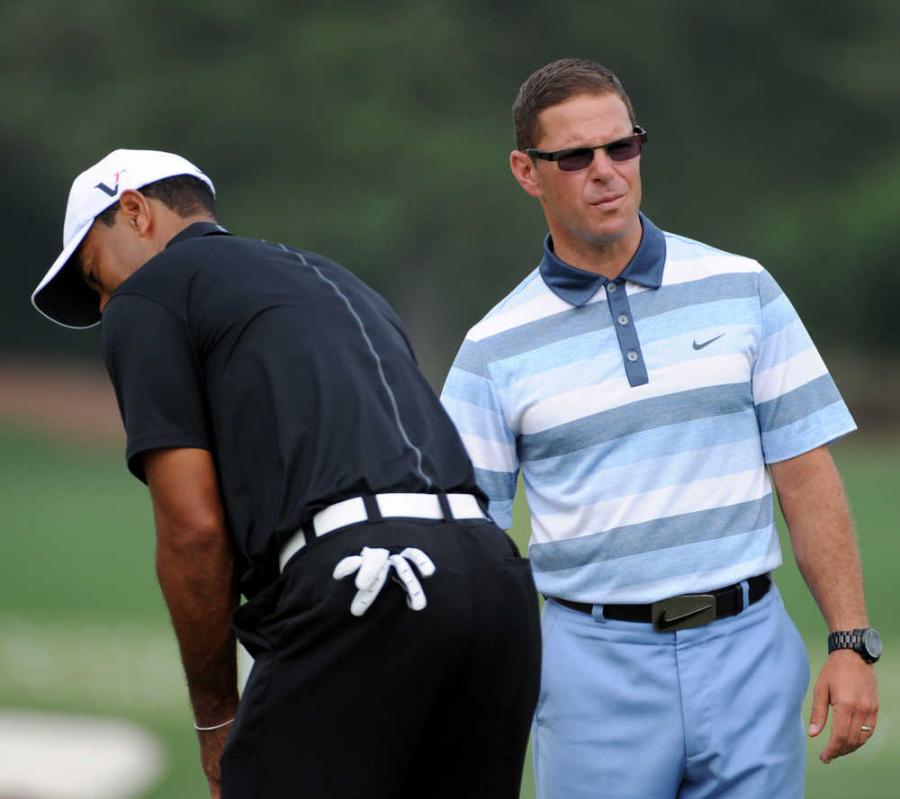 Tiger Woods and swing coach Sean Foley have decided to part ways, ending a rocky four-year run that saw Woods rise and fall out of the world No. 1 ranking, win eight times on the PGA Tour but fail to add to his major haul, and sustain injuries to his knee, Achilles’ tendon, elbow and back.

In a statement released on his website Monday, Woods thanked Foley and wished him the best going forward.

“Sean is one of the outstanding coaches in golf today, and I know he will continue to be successful with the players working with him,” Woods said. “With my next tournament not until my World Challenge event at Isleworth in Orlando, this is the right time to end our professional relationship.”

Woods gave no indication about whom he would hire next and said “there is no timetable for hiring one.” His next swing coach will be his fourth as a pro, following the tenures of Butch Harmon (1993-2003), Hank Haney (2004-10) and Foley, with whom Woods began working publicly at the 2010 PGA Championship.

Coincidentally, their last event together was the PGA four years later, where Woods shot rounds of 74-74 to miss the cut. A week later, he announced that he wouldn’t play again competitively until December. At the time, he said the time away would allow his ailing back to properly heal and strengthen. It appears now that the move was also made so that Woods could sort out his swing.

Though Woods won five times and was named PGA Tour Player of the Year in 2013, criticism of Foley has intensified in recent months. Only Woods knows whether his swing caused his myriad injuries over the past few years, but it was apparent that his current action did little to prevent or alleviate the issues.

“My time spent with Tiger is one of the highlights of my career so far, and I am appreciative of the many experiences we shared together,” Foley said. “It was a lifelong ambition of mine to teach the best player of all time in our sport. I am both grateful for the things we had the opportunity to learn from one another, as well as the enduring friendship we have built. I have nothing but respect and admiration for him.”

The man who oversees Woods’ swing next will have a few unique job requirements.

Each of Woods’ swings will be heavily scrutinized, more than any other player on the planet. He turns 39 in late December, with a rebuilt knee and back. When he arrives at Augusta in the spring he’ll be nearly seven years removed from his last major victory. Add in the fact that Woods is openly pursuing one of the most hallowed records in sports, and the spotlight might prove too harsh for some candidates.

The news this week wasn’t all bad for Foley, of course. One of his other students, Hunter Mahan, snapped a two-year winless drought with a playoff-opening victory Sunday at The Barclays, while Justin Rose won back-to-back titles last month.

“Most of the people haven’t made any sort of effort to get to know Sean and understand what he’s trying to do,” Mahan said of the criticism, before adding: “It frustrates me and kind of angers me a little bit. … Foley is better for it because he can handle a guy like Tiger – a lot comes with that and I think he’s done a pretty good job of containing himself and not letting it bother him. He just does his job every day and does it better than anyone.”