Tiger to Rory: Not Letting You Win Masters Next Year 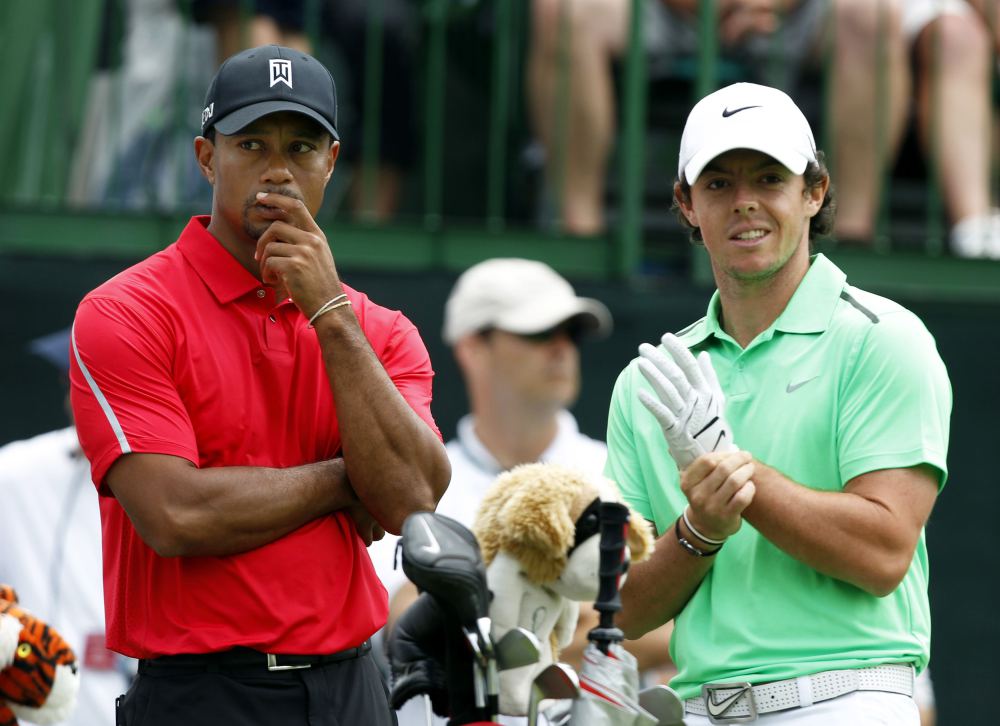 After all the fun they had promoting Nike gear with Jimmy Fallon this week, Rory McIlroy said Tiger Woods proclaimed his intentions for the 2015 Masters.

“I’m not going to let you win a green jacket next year,” Tiger said, according to Rory, referring to Rory’s first chance to win the career Grand Slam next April in Augusta.

Though it’s hard to imagine Tiger said that like Clint Eastwood pacing off the steps before an Old West shootout, Rory stressed that Tiger wasn’t joking when he made the vow. Let’s assume it was semi-serious and led to an awkward moment where both fake chuckled while gauging the other’s reaction. 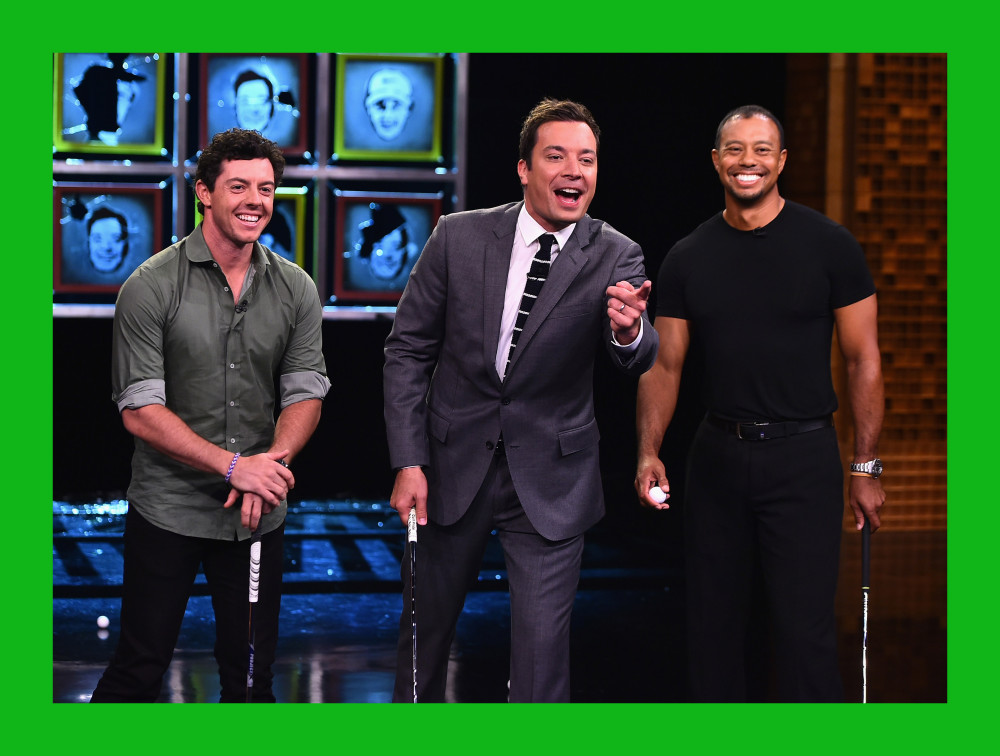 Yes, a pessimist would look at that challenge and mention that it was coming from a player whose best finish at a 2014 major was a 69th-place showing at the British Open. Another could point out that McIlroy has won four majors since Tiger last won one. Heck, Lucas Glover, Stewart Cink, Y.E. Yang and Darren Clarke have more majors than Tiger since 2009.

I view it a different way. This is excellent. Any new motivation for Tiger Woods can’t be bad. Put yourself in his shoes. Even though he knows he can only win one major at a time, Tiger has to feel like he’s trying to win five majors (to pass Jack Nicklaus) every time he steps on the tee. His ultimate goal is so far in the future it provides no motivation for the present. It’s like a 19-year-old wanting to be a good grandfather.

For Tiger, short-term goals are best. Practicing the next eight months with the vision of beating Rory at the Masters is a perfect start.