Rickie Fowler Wants a Mulligan for the 2014 Season 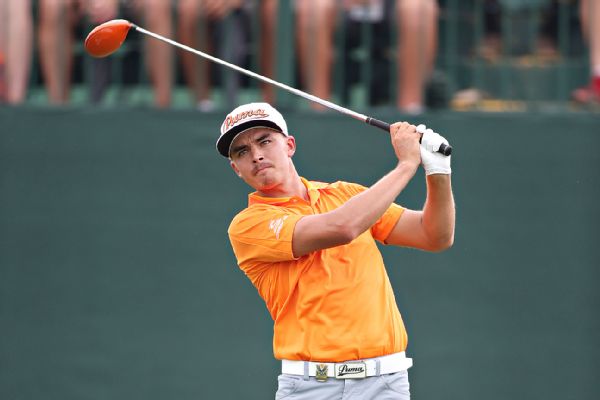 Rickie Fowler ticked off every goal this year except winning, which is not to say he didn’t have his chances. It was another reminder that winning isn’t easy. Players like Tiger Woods only made it look that way.

Give him one mulligan for the year, and it would be in the final round of the PGA Championship, his one good shot at winning a major.

Fowler was tied for the lead on the back nine at Valhalla. He made a pure swing on the 12th that he thought would be tight, only it came up a yard short of the green. No matter. It was a swing that told him, “I was ready to step on the gas.”

But he hung out his 5-iron well to the right of the par-3 14th and failed to get up-and-down. Fowler closed with pars the rest of the way, including a nifty save on the 16th with a tee shot that went into the 15th fairway. That bogey on the 14th — and Rory McIlroy‘s birdie on the 17th — cost him.

Fowler finished tied for third, two shots back of McIlroy, at the PGA Championship and ended in the top five in each of the four majors this past season.