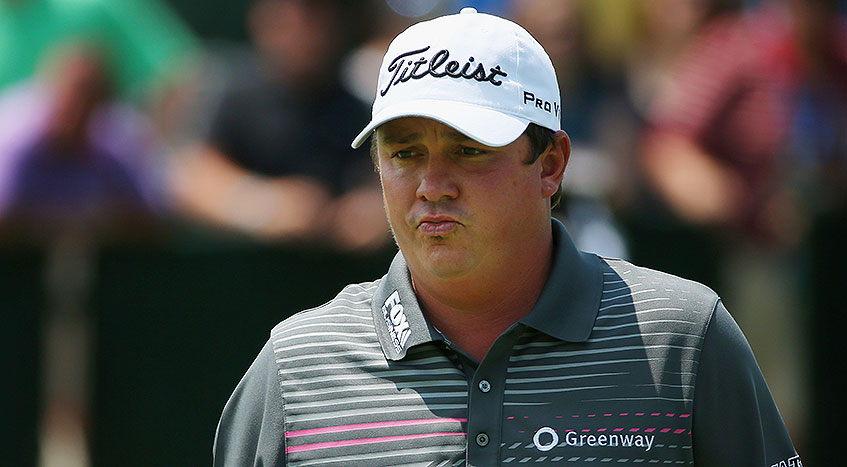 Jason Dufner’s injury-plagued season came to an end Monday when he withdrew from the Deutsche Bank Championship. Dufner has been suffering this season with bulging discs in his neck.

Dufner has not played since withdrawing 10 holes into his PGA Champioship defense. He started the FedExCup at No. 57 in the FedExCup, but fell to 74th after sitting out last week’s The Barclays. The FedExCup’s top 70 advance to next week’s BMW Championship.

“I’ll play golf again when I’m healthy,” Dufner said after withdrawing from the PGA “That could be at The Barclays, that could be next year, that could be 2016. I refuse to be out here and not be healthy and not give myself a chance to be competitive.”

Dufner fell to 10th in the U.S. Ryder Cup standings after pulling out of the PGA. The top nine after the PGA automatically qualified for the team.

Paul Casey also withdrew from the Deutsche Bank, ensuring that season would come to an end. Casey moved from 118th to 85th in the FedExCup with his T22 finish at The Barclays.

Graeme McDowell, No. 40 in the FedExCup, withdrew because his wife, Kristin, gave birth to the couple’s first child Monday.