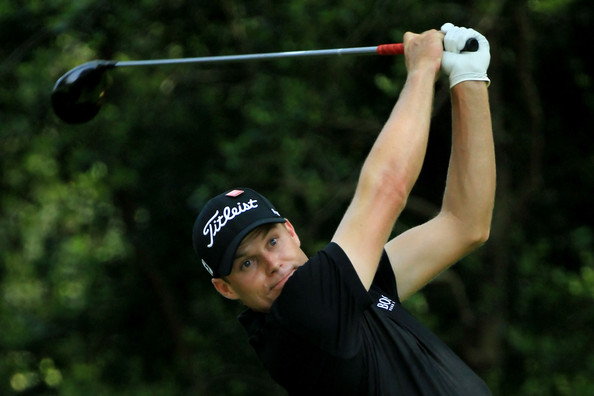 GREENSBORO, N.C. — Not many players birdied the tricky final hole at the Wyndham Championship on Saturday.

Nick Watney did to top leaderboard.

Watney made a 20-foot birdie putt from the right edge of the green on the par-4 18th for a 5-under 65 and a one-stroke lead. The five-time PGA Tour winner had a 14-under 196 total with only one bogey through three trips around Sedgefield Country Club.

“I’ve been trying to keep it pretty simple — a lot of fairways and greens, and I’ve been able to do that so far,” Watney said. “I’m super excited about going into tomorrow with the lead. … I’m looking forward to everything that comes with it, all the emotions and wanting to do well and whatnot. Learning how to handle that is a big thing, and I’m looking forward to the challenge.”

Brad Fritsch was second after a 65.

Freddie Jacobson and second-round co-leader Heath Slocum were 12 under. Jacobson shot a 66, and Slocum had a 68.

Former Wyndham winners Brandt Snedeker and Webb Simpson joined second-round co-leader Scott Langley at 11 under in the final event of the PGA Tour’s regular season. Snedeker and Simpson shot 66, and Langley had a 69.

Fritsch was the first to 13 under, but Watney joined him with a birdie on the par-5 15th — his second of the week on that hole.

Then came the sequence that gave him sole possession of the lead, and it came on the second-toughest hole of the day.

Watney plopped his fairway shot from 180 yards onto the right edge of the green, then calmly rolled in his putt for just the fifth birdie of the day on 18.