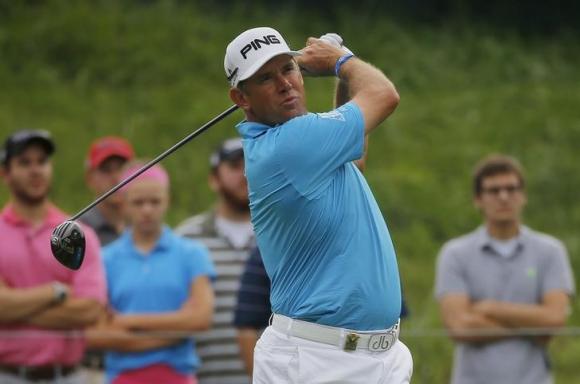 (ESPN) Lee Westwood, Kevin Chappell and Ryan Palmer shot 6-under 65s Thursday to share the lead in the opening round of the PGA Championship.

Spraying shots all over Valhalla, Tiger Woods made four bogeys, managed only one birdie and finished with a 3-over 74 that left him nine shots off the lead in 109th place after the opening round Thursday.

Westwood matched his best round ever at a major, making nine birdies as he carried over the momentum from a closing 63 at Firestone. The 41-year-old Englishman also had a double-bogey on his 10th hole of day — at No. 1, after starting on the back — but closed with four straight birdies.

“The golf course was all there in front of me. I just play it as I see it,” said Westwood, who has had numerous close calls but never has won a major championship. “Last week, I felt like I turned a corner.”

Chappell, a 28-year-old Californian in his fourth year on the PGA Tour, turned in a bogey-free round. The final major of the year has produced some unlikely champions, and Chappell hopes to be the latest.

“I can’t complain about being in the lead of any golf tournament,” said Chappell, whose only professional win came on the Web.com Tour in 2010. “I just look forward to keeping it rolling.”

Chappell was surprised to get an invitation a week ago Monday. He was at No. 104 in the world, not eligible in any category. Turns out the PGA Championship thought he was close enough to the top 100 to merit an invitation.