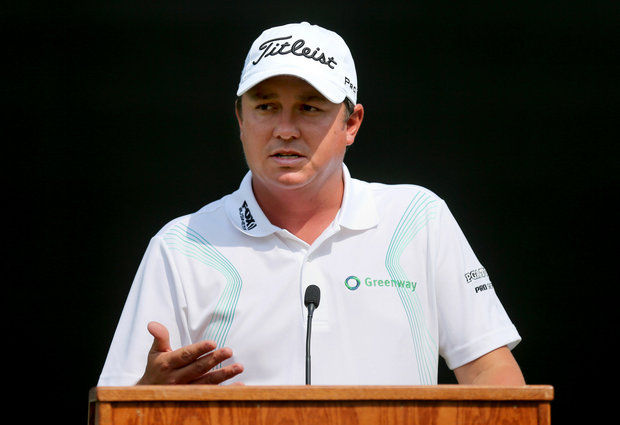 AKRON, Ohio – Jason Dufner finally has an explanation for his erratic play on the PGA Tour this season. He revealed Wednesday he has suffered from two painfully bulging discs in his neck since the Masters, a diagnosis he learned last Friday.

Dufner said he received a steroid injection in his neck on Monday in preparation for this week’s WGC-Bridgestone Invitational at Firestone Country Club. He said surgery is not an option that has been discussed.

“Not yet,” he said. “Hopefully the injection will clear up the inflammation and get the nerve roots to settle down and the muscles will stop grabbing.

Dufner, 38, described the pain as a constant seven, on a scale of 10 being the most. He thought he had a shoulder injury, saying the symptoms are similar, until an MRI on his neck Friday showed the bulging discs.

“The worst was at the U.S. Open. I didn’t sleep Thursday night going into Friday. Zero hours of sleep doesn’t work for golf,” he said.