Why Does Phil Mickelson Want to Buy a Rancho Santa Fe Country Club? 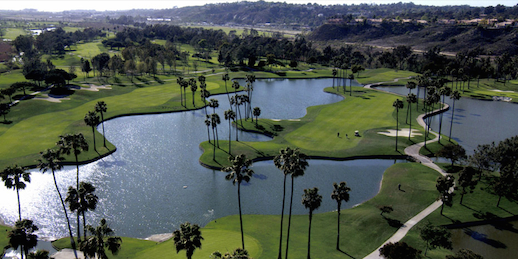 Three years ago, Phil Mickelson and his agent and friend Steve Loy bought four private golf courses in Arizona that formed the foundation of their new business venture, the M Club. At the time, Loy was asked by Phoenix-area golf writer Bill Huffman why they were getting into the golf course business.

“I don’t know if it’s the stupidity talking or the money walking,” Loy replied, presumably in jest.

The question might be asked again in the wake of the news that Mickelson, Loy and U-T San Diego publisher Doug Manchester, under the banner MMG (Manchester & Mickelson Group), have signed a letter of intent to purchase Fairbanks Ranch Country Club in Rancho Santa Fe, Calif., from its members.

The answer probably begins (but does not end) with the fact the price is right. It is a buyer’s market for golf courses, the broker, Jeff Woolson, Managing Director of the Golf & Resort Group at CBRE, said. “The average golf course deal in the 2000s was somewhere between five and eight million [dollars]. The average golf deal right now is between one and three million.”

Fairbanks Ranch surely has not been immune to falling prices, though probably to a lesser degree. “Rancho Santa Fe is a pretty special place,” Woolson said. “It still has an affluent demographic that’s hard to beat. So there was a lot of interest and continues to be a lot of interest.”