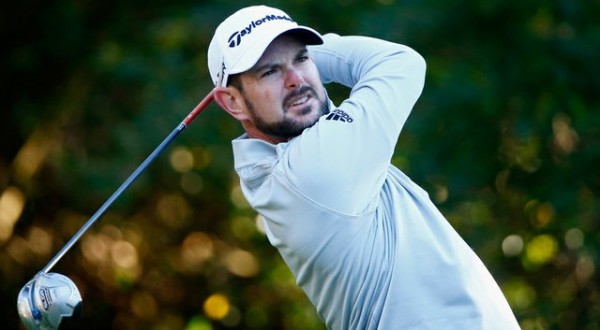 GolfWRX ran an interesting article analyzing the make-or-break metrics of the ultra-competitive grind of the PGA Tour and came up with 10 players ‘on the rise’ and players on the decline and destined to mediocrity for the 2015 season.

(GolfWRX) Before last season, I ran through the players that were projected to rise and decline in the 2013-2014 season. With the start of the 2014-2015 season coming this week, I wanted to go through the projections. The rankings in the tables below are based out of 177 players.

PLAYERS ON THE RISE

Hurley accomplished all of the 4 cornerstones last season and finished 91st on the Money List. He does not hit it that far and that may hold him back a little, along with having a below average Purse Size per Event played.

Stuard is much like Hurley in that he accomplished the 4 cornerstones last season and does not hit it far. However, he is a much better birdie maker (41st) than Hurley (157th), but has gotten off to slow starts in rounds 1 and 2. If he can improve his play in rounds 1 and 2, he is projected to have a great season.

Merritt’s ball striking metrics were very impressive, but he struggled a bit from 10-20 yards and on putts outside 15 feet. The putting from outside 15 feet should progress toward the mean according to PGA Tour trends.

Casey started to make a comeback after numerous injuries. He was actually an even better putter prior to his injuries than he is now, which is still pretty good. The big issue for Casey is his driving, but I could see him winning an event where the course is pretty wide open and receptive to very errant tee shots.

He now is now very good on Short Game shots from 10-to-20 yards. The only thing that is lagging behind is his putting. But, Knox is an AimPoint user and the trend with AimPoint users on Tour is that they typically see major improvements in their putting statistics after 3-to-12 months of using the green reading methodology.

PLAYERS ON THE DECLINE

I picked Blixt last season and outside of a 2nd place finish at the Masters he did not record any other top-10 finishes. That will earn him a second invite to Augusta, but his exemption to Doral and Firestone will run out and I don’t believe he will be eligible for the Accenture Match Play.

His putting regressed a bit as I projected last year as he finished 33rd in Strokes Gained – Putting, but a large part of finishing even that well in Strokes Gained – Putting came from his ability to make putts from longer than 15 feet. The definitive trend on Tour is for a player that makes a lot of putts outside 15 feet to eventually regress toward the mean and that should affect his effectiveness on the greens. His short game also regressed this past season, but those are of secondary importance if he cannot improve his ball striking to a serviceable level.

Sabbatini’s strengths of his game over the years has been his Yellow Zone play and Short Game play. Strong players from the Yellow Zone tend to make more Birdies on the par-4’s, and the short game play typically cleans up any mistakes and can save par. That is how Sabbatini has been so successful over the years.

Scoring wise he ranked 151st in Adjusted Par-4 Scoring Average and 153rd in Bogey Rate which are two critical scoring metrics on Tour. While he is still better than average from the Yellow Zone and on shots from 10-to-20 yards, his performance in those categories has taken a noticeable dip as of late. He is also seeing a dip in his club head speed of about 2 mph. That may not sound like much, but on Tour the dip in club head speed does not have to be very much for it to have a strong trend toward a regression in the player’s performance.

Last season I had Jones as my projected players to rise and he ended up winning at Houston. The best indicator of a player’s iron skill are shots from the fairway/tee box. Jones fell from 96th to 150th in 2014, so his iron play completely fell apart and his play from 10-to-20 yards regressed as well going from 19th in 2013 to 150th in 2013-2014.

If a player cannot find greens and cannot save pars when they miss greens, it’s a recipe for disaster. Furthermore, he gained a large portion of his strokes on the green from his putting outside 15 feet. That should regress towards the mean in 2014-2015, which means a regression in his total Strokes Gained – Putting metric.

Jones benefited from the favorable schedule last season where he was playing a much higher Purse Size per Event than Strength of Schedule. His Purse Size per Event should still be fairly high coming off the victory at Houston, but the strength of schedule should get more difficult as well and he will have a more difficult time making cuts if he continues to perform at the same rate.

Todd had a fantastic season in 2013-2014. He was an adept putter of the ball that performed well from the Yellow Zone. Typically, good Yellow Zone performers make more birdies regardless of their putting skill. They are hitting the ball closer to the cup on the major of approach shots on the par-4’s and increasing their likelihood of making their putts. However, Todd was more of a grinder as he ranked 21st in Bogey Avoidance while ranking 70th in Birdie Rate. There is a downward trend in performance for players like Todd that fail to make a lot of birdies despite performing well from the Yellow Zone and with the putter.

We can also see Todd’s performance in 2013-2014 from the Red Zone and with the putter. The Red Zone performance declined over time while the Putter caught fire as the season progressed:

For the most part, Todd’s play from the Red Zone regressed significantly. The black slanted line is the ‘trend line’ which shows that Todd’s performance from the Red Zone was on a fairly steep decline. Meanwhile, his putting caught fire outside of the stretch of four events towards the end of his career. The past data of players that regress with their Red Zone play and catch fire with the putter is to regress significantly in the following season.

Todd will be exempt from every event this season outside of the Accenture Match Play. That will provide him a very favorable schedule where he is playing in large purse events and that should be enough for him to stay well within the top-125 on the Money List, but the trend shows that his Adjusted Scoring Average should get significantly worse and could lead to a lackluster season.

The good news for Compton is that he did rank 90th in Adjusted Scoring Average, and he will continue to have a better than average Purse Size per Event as he is exempt from both the U.S. Open and the Masters. His struggles striking the ball and his drop in club head speed by about 2 mph, however, it is right in line with traditional regressions in performance on Tour.