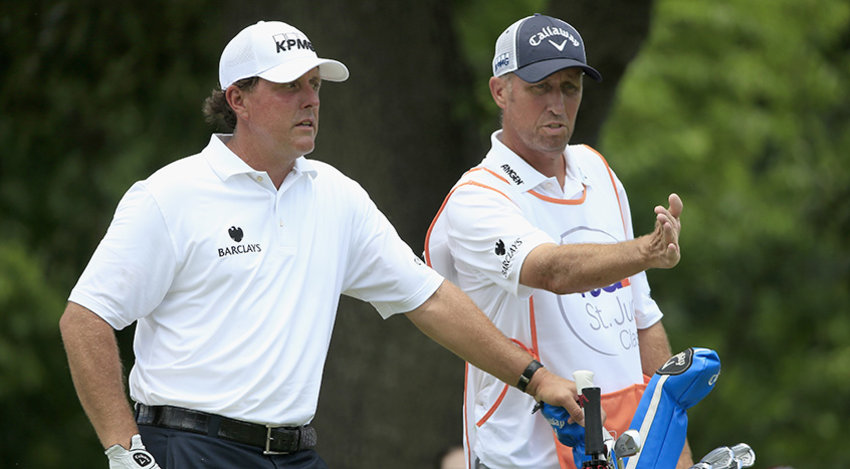 Give me one second to dust off the stats. Apologies, I haven’t used them in a year.

In the time since his last major championship win, Phil Mickelson has gotten older and golf has gotten younger. However, we’ve heard much less talk about Jordan Spieth this week than we have about Chambers Bay and a guy who is more than twice his age. Sunday’s 65 in Memphis only amplified that, and for good reason.

Mickelson has made no secret about his sole goal in golf these days: Peaking for major championships. How else do you reckon with the fact that he’s had only four top-10 finishes in two seasons and two of them were major runner-ups? But on his list of annual goals, the U.S. Open, the only major he needs to complete the career Grand Slam is the cover sheet.

Admittedly, last year also seemed like the year (or maybe it was wishful thinking by storytellers). Mickelson was back at Pinehurst, the site of his first close call, when Payne Stewart famously edged him in 1999. But if you ratchet up the zaniness factor, give him more room to drive the ball and turn the green complexes into an undulating playground, you have Chambers Bay, which could be his best fit yet.

Mickelson has already made a reconnaissance trip, confirming afterward Mike Davis’ assertion that simply showing up on Monday or Tuesday would not allow a player to get the job done. He likes what he sees.

“I’ve developed kind a game plan for each hole and how I’m going to get to certain pins,” Mickelson said. “I feel like I’ve — my game is coming around. Hopefully these next three days I’ll be able to really fine-tune and be sharp when the tournament starts Thursday.”

2) Gomez becomes the fifth player from Argentina to win on the PGA TOUR, and first since Angel Cabrera at the 2014 Greenbrier Classic. The others: Roberto De Vicenzo, José Cóceres and Andres Romero.

3) Prior to Sunday, Greg Owen’s best finish in 12 starts on the PGA TOUR this season was a T22 at the Sanderson Farms Championship. His last top-10 finish came all the way back at the 2012 McGladrey Classic (T7).

4) Phil Mickelson’s second-place finish at the Masters is his best finish on TOUR since he finished solo second at last year’s PGA Championship. He preceded the PGA with a final-round 62 at the World Golf Championships-Bridgestone Invitational. He shot 65 on Sunday at the FedEx St. Jude Classic. It was his best final-round score since that 62.

5) A final-round 72 dropped Austin Cook from fifth place to T22, but Cook continues to fare well in limited PGA TOUR action. He has finished in the top 25 in three of four TOUR starts, including a T13 at last year’s FedEx St. Jude and T11 at this year’s Shell Houston Open. He Monday qualified for both those events and played last week on a sponsor exemption.