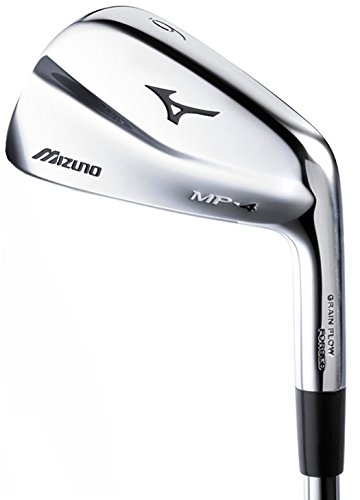 I’m an admitted fan of Mizuno irons. Years back I reviewed the MP-58s and enjoyed them immensely. Before that I’ve gone through other irons from Mizuno such as the T-Zoids. I only strayed from Mizuno once during that time but quickly came back with a lot of success and great iron shots.

The pure muscle-back MP-4 from Mizuno keeps the train going. I’ve gone from muscle-back to progressive/hybrid a couple times before. Normally there is a bit of an adjustment period and a player can feel the difference and give up some playability and/or feeling. How did the MP-4s feel and perform? Read on to find out.

Design and Technology
One will often see rather drastic changes year over year in the designs of woods. With irons, sometimes it is not as apparent and a bit subtler. For muscle-backed irons it can be even more understated.

For the Mizuno MP-4’s there was one main change in the design. The Pure Muscle Design using Variable Muscle Thickness (VMT)added weight behind and lower in the head for a low sweet spot location and adds more mass behind impact. This is done at the expense of moving weight to the edges of the iron making it a bit longer. The head is a bit more compact but doesn’t sacrifice shot making or playability. The shorter irons have a greater thickness for trajectory control, thus the “Variable” in VMT.