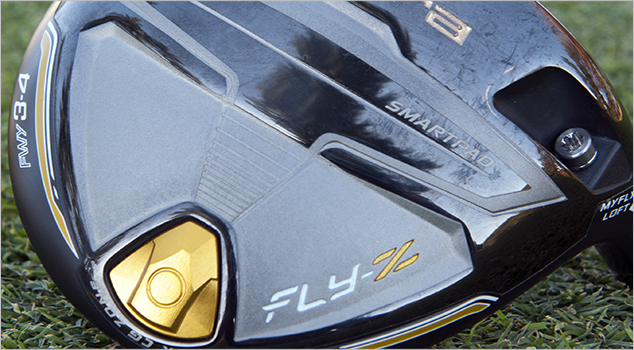 Cells and bright colors? Maybe you were skeptical of Cobra’s Bio Cell line of drivers, fairway woods and hybrids. They looked cool or corny — depending who you asked — but quickly garnered respect as one of the longest, most forgiving products on the market. In our 2014 GolfWRX Gear Trial testing, Bio Cell drivers and fairway woods were winners of both our Forgiveness-First and Balanced-Performance categories.

For 2015, Cobra-Puma stayed with the bright colors for which it’s now recognized, but the company has continued to innovate and improve from an engineering standpoint. Thanks to a Flip Zone Weight System, a Speed Channel that looks like a moat around the club face and center of gravity (CG) that continues to drop lower, the Fly-Z line from Cobra is likely to surpass the performance we saw from the Bio Cell line.

Cobra’s Fly-Z line uses “Zones” — thus the “Z” — instead of cells, which places weight throughout the clubheads more strategically, along with a few other tricks that will separate the Fly-Z from the Bio Cell. And it’s cool, Cobra says, and keeps the ball in the air a long time, which is why the company is calling the line “Fly.”

Some golfers need a driver with a CG that is located in the back of the club head to hit their longest drives. Other golfers need a CG that is more forward for maximum distance. Cobra’s Fly-Z+ driver allows for both with its Flip Zone weighting system.

The Flip Zone is made up of two weight ports and a 15-gram weight that allows golfers to shift the driver’s CG by 4 millimeters from front to back. By placing the weight in the driver’s front weight port, golfers will lower its center of gravity, which Cobra says lowers spin rate by roughly 400 rpm and raises launch angle by 1-to-1.5 degrees. Placing the Flip Zone weight in the rear weight port will have the opposite effect, and it also makes the driver slightly more forgiving.

Angle of attack may be affected as well, depending on how the individual player reacts to the weight change.

What’s different from the Bio Cell+?

The Speed Channel on Cobra’s Fly-Z drivers is different than the slot technology seen in other companies’ clubs. The Speed Channel is located on the perimeter of the face rather than underneath or on top of the face, which helped Cobra engineers move 2 grams of weight lower in the club head. That increased the size of the drivers’ sweet spot by 18 percent, according to Cobra, leading to as much as 3 more yards on toe hits and 2.5 yards on heel hits.

Zone-weighting allowed Cobra to move more weight lower in the 460-cubic-centimeter clubhead. By doing so, the company picked up ball speed across the face, especially on mishits. The Fly-Z+’s Carbon Fiber crown and sole inserts, which are thinner and stronger than titanium, also helped the company save about 8 grams of weight from the chassis of the club, which was redistributed elsewhere.