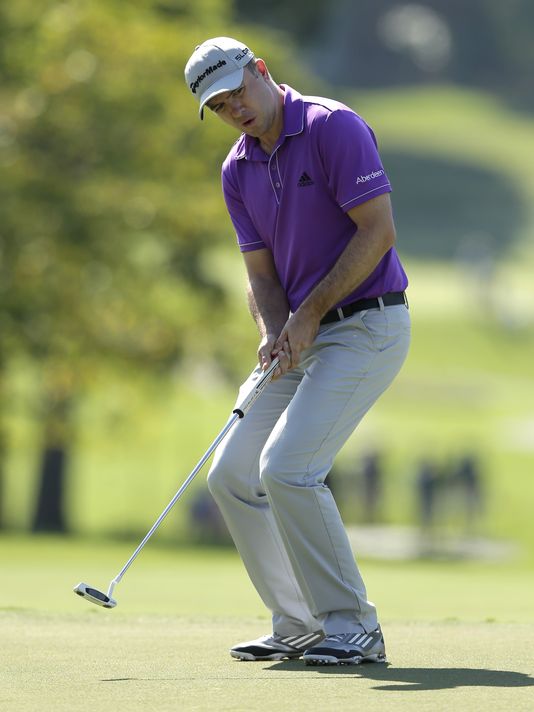 GREENSBORO, N.C. (AP) — Camilo Villegas got away from golf for a little while, and his game came back.

A recharged Villegas shot a 7-under 63 on Thursday to take a one-stroke lead after the first round at the Wyndham Championship.

Villegas hasn’t won since 2010 and has only two top-10 finishes in the last three years.

After pulling out of the Canadian Open after one round last month, he spent the past week back in his native Colombia for “a little recharge” — leaving his clubs behind in Florida.

“I just thought it was appropriate to hop on a plane and see mom and dad and recharge a little bit,” Villegas said.

It helped him make a late charge up the Sedgefield Country Club leaderboard.

Starting on the back nine, he had three early birdies before getting even hotter late: He followed his birdie on the fourth with an eagle on the par-5 fifth, placing his second shot about 3 feet from the stick.

He claimed sole possession of the lead two holes later with a birdie, sinking a 15-foot putt on the par-3 seventh.