Either Tiger Woods checked his calendar and saw he had no conflicts, or his most recent practice round at Augusta National was encouraging enough for him to want to play there again next week.Regardless, Woods made it official on Friday that he’ll make his latest return to golf at the Masters.”It’s obviously very important to me, and I want to be there,” Woods said in a statement.“I’ve worked a lot on my game and I’m looking forward to competing. I’m excited to get to Augusta and I appreciate everyone’s support.” 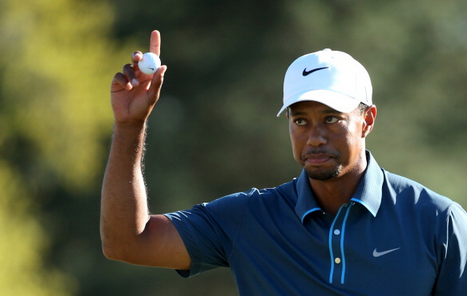 The start at Augusta for Woods will be his first since 2013, when his chances for a fifth green jacket were derailed by an illegal drop on Friday, and he ended up finishing T-4th. Woods missed last year’s event while recuperating from back surgery.Although he hasn’t played competitive golf since a 12-hole debacle at Torrey Pines in February — which came directly on the heels of a humiliating 36 holes in Phoenix the week prior — Woods is said to have been practicing and playing regularly near his Florida home in hopes of returning for the year’s first major.

The results have reportedly been mixed. On one hand, Woods, according to Tim Rosaforte, shot a worst-ball 66 at his home course, Medalist. But according to a Golfweek source, Woods couldn’t break par in his first practice round at Augusta on Tuesday, with his 74 featuring a number of sketchy shots around the greens. The Golfweek story also said Woods made five birdies, which suggests that Woods’ problems are mitigated when able to hit greens in regulation, but come to the fore when tested with his short game.

Woods played a second practice round Friday at Augusta.Related: Hank Haney on how Tiger got the yips This will not be the first time that Woods will return from an extended absence at a major. His first tournament back from his hiatus after his sex scandal was at the Masters in 2010, where he finished T-4. In 2008, he hadn’t played since the Masters when he competed in the U.S. Open, only to go on and win the championship at Torrey Pines (his last win in a major) in a playoff. In 2006, Woods took two months off to grieve the death of his father, Earl, then returned for the U.S. Open and missed the cut.