The Upshot: Villegas Rallies for First Win in 3½ Years 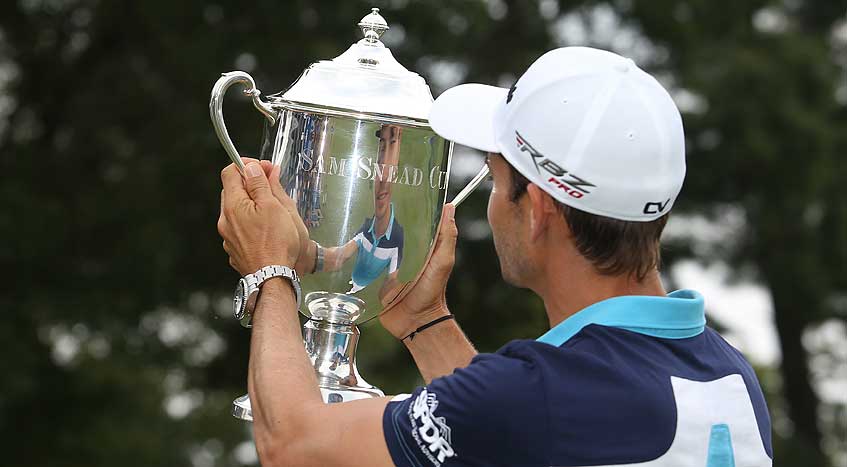 GREENSBORO, N.C. — Camilo Villegas never hated the game. There were definitely times in the last three-and-a-half years, though, when he didn’t love it very much.

After all, this is a man who was ranked 12th in the world when he made the 2010 Honda Classic his third PGA TOUR title and entered the FedExCup Playoffs with great momentum. But when he came to the Wyndham Championship this week, Villegas had tumbled all the way to No. 254.

There had been that 2012 trip to Q-School, as well as a stretch of 73 events where Villegas only posted two top-10s. The determined Colombian never completely lost confidence, though, and Sunday his resolve was rewarded when he fired his second 63 of the week to win by one.

“You got to stay strong and keep working,” Villegas said philosophically as he sat beside the big silver cup named the Sam Snead Trophy in tribute to the Wyndham Championship’s eight-time winner.

“I’ve always done that. I’ve always been a hard worker and always kind of believed in myself, sometimes more than others and, again, just happy to be right here right next to this trophy.”