Fascination with Tiger Woods Continues, Even As He Implodes, Shots 85… 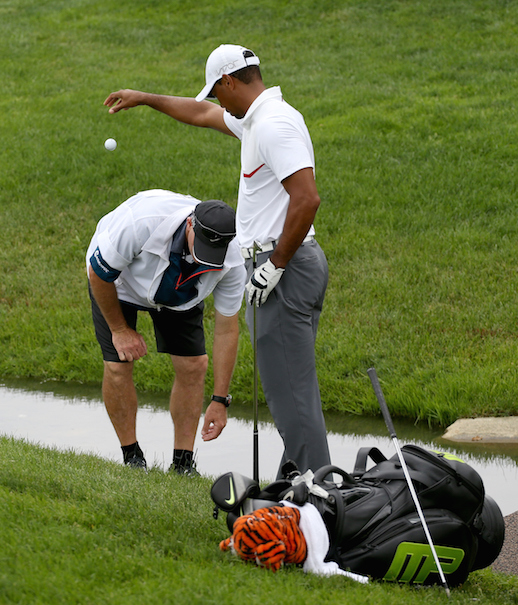 And the questions wafted over the grounds of Muirfield Village Golf Club yet again on Saturday after Woods, once the master of this or any other golfing domain, imploded in spectacular fashion. Lost in a fog of confusion and receding confidence as he undergoes yet another set of swing changes, the former world No. 1 tumbled to a 13-over-par 85, his worst score as a professional by three shots.

Playing beside youngster Zac Blair, a baby-faced rookie on the PGA Tour, Woods, 39, dropped into last place by eight strokes at an event he has won five times, most recently in 2012 when he closed with a handsome 67. Blair, 23, who idolized Woods growing up and asked for his autograph while following him at the 2000 PGA Championship at Valhalla GC in Louisville, Ky., beat his hero by 15 strokes.

“It was obviously still great to play with him,” Blair said, surrounded by a throng of reporters after Woods declined comment. “He’s one of the best players to ever play. It was nice to meet him. It would have been nice to see him play a little bit better, but he’s working through some things. He’ll get back to playing good.”