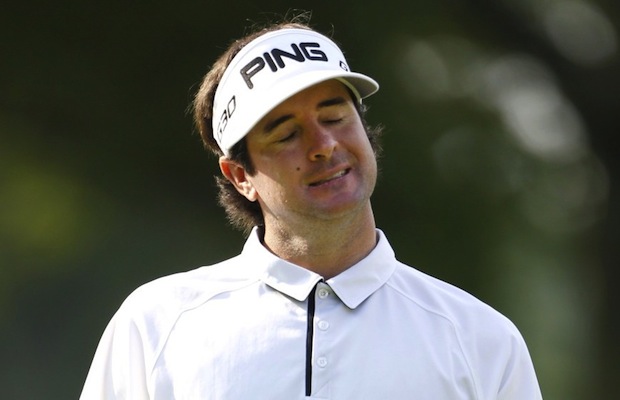 (GolfWRX) The PGA Championship hosted a long-drive contest at hole No. 10 during Tuesday’s practice round, but Bubba Watson took a strong stance against the shenanigans.

Just last week, Watson hit a drive 424 yards at the WGC-Bridgestone Invitational, the longest recorded drive of the season on the PGA Tour. He’s no stranger to non-traditional golf events, claiming membership to the golf boy band “The Golf Boys,” who produced the singles “Oh oh oh,” and “Oh.2.” He’s also one of golf’s leading figures on social media, boasting 1.23 million followers on twitter.

This makes it all the more confusing why the long-driving, fun-loving golfer decided that entertaining the PGA Championship crowd wasn’t for him. On the hole where the PGA asked golfers to try to hit their longest drive, Watson hit a 3 iron in protest, even though he said he plans to hit driver on the hole in each round of the tournament.

“I’m here to win a championship. I’m not here to goof around,” Watson said. “I’m there to play golf, not to hit it far. I’ve got to practice. I’ve never been to the course. I don’t need to worry about a long drive on the 10th hole.”

Watson has proven time and time again that he likes to have fun. That’s why it’s shocking to see a golfer who uses a pink driver with a pink shaft join forces with the fun police this week.

I guess he’s gotten more serious since his preparations for the 2013 PGA Championship.